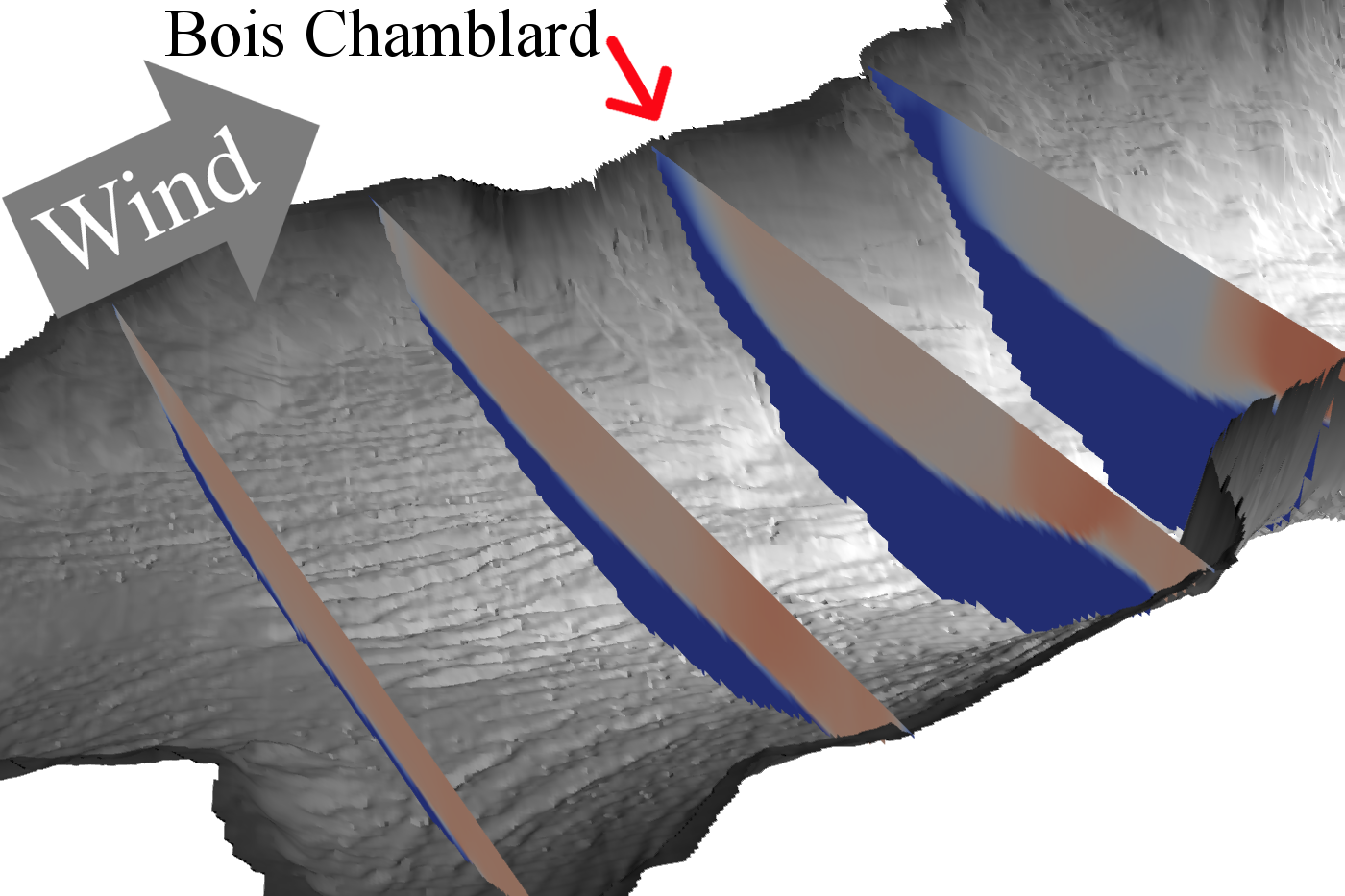 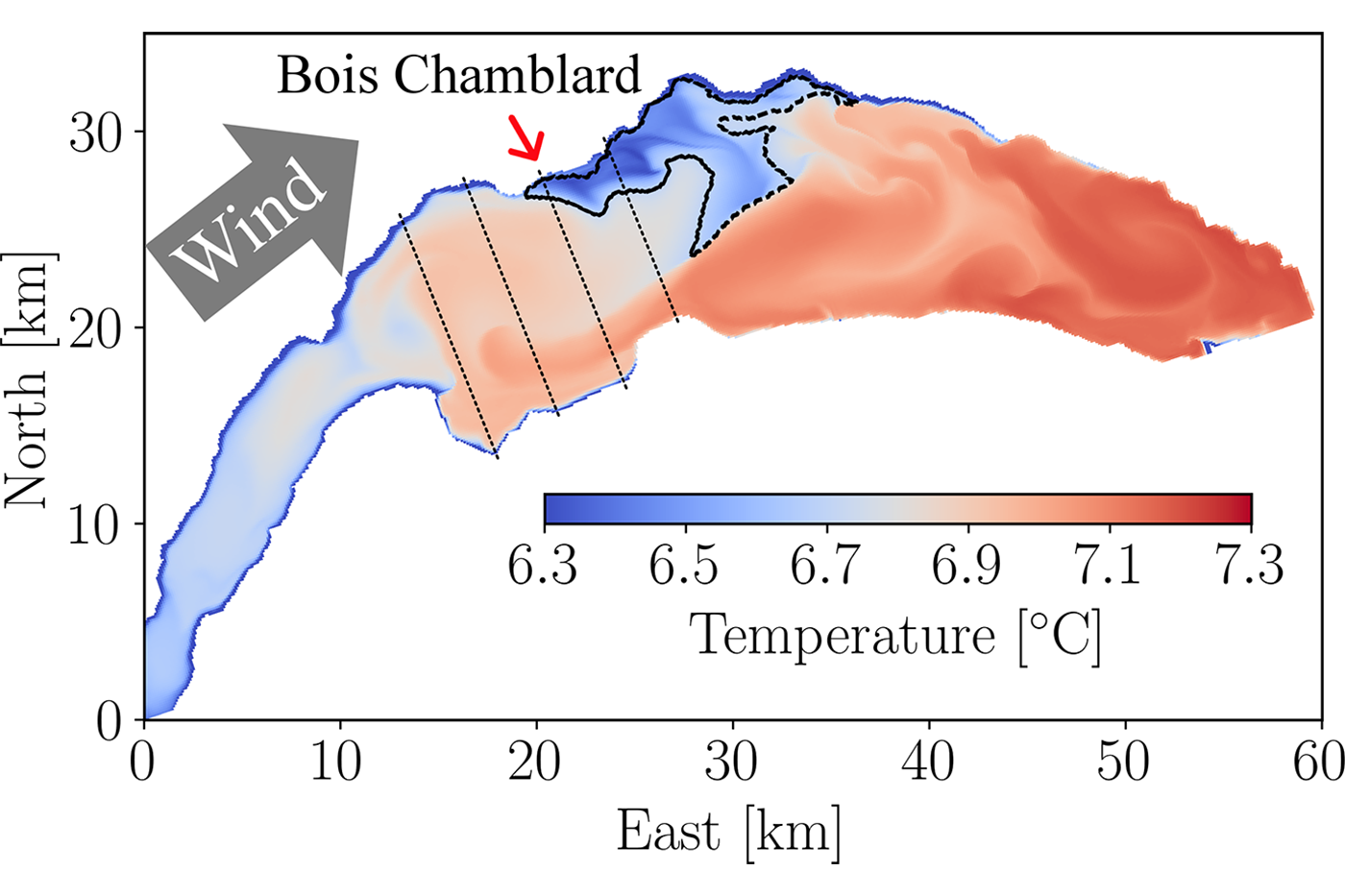 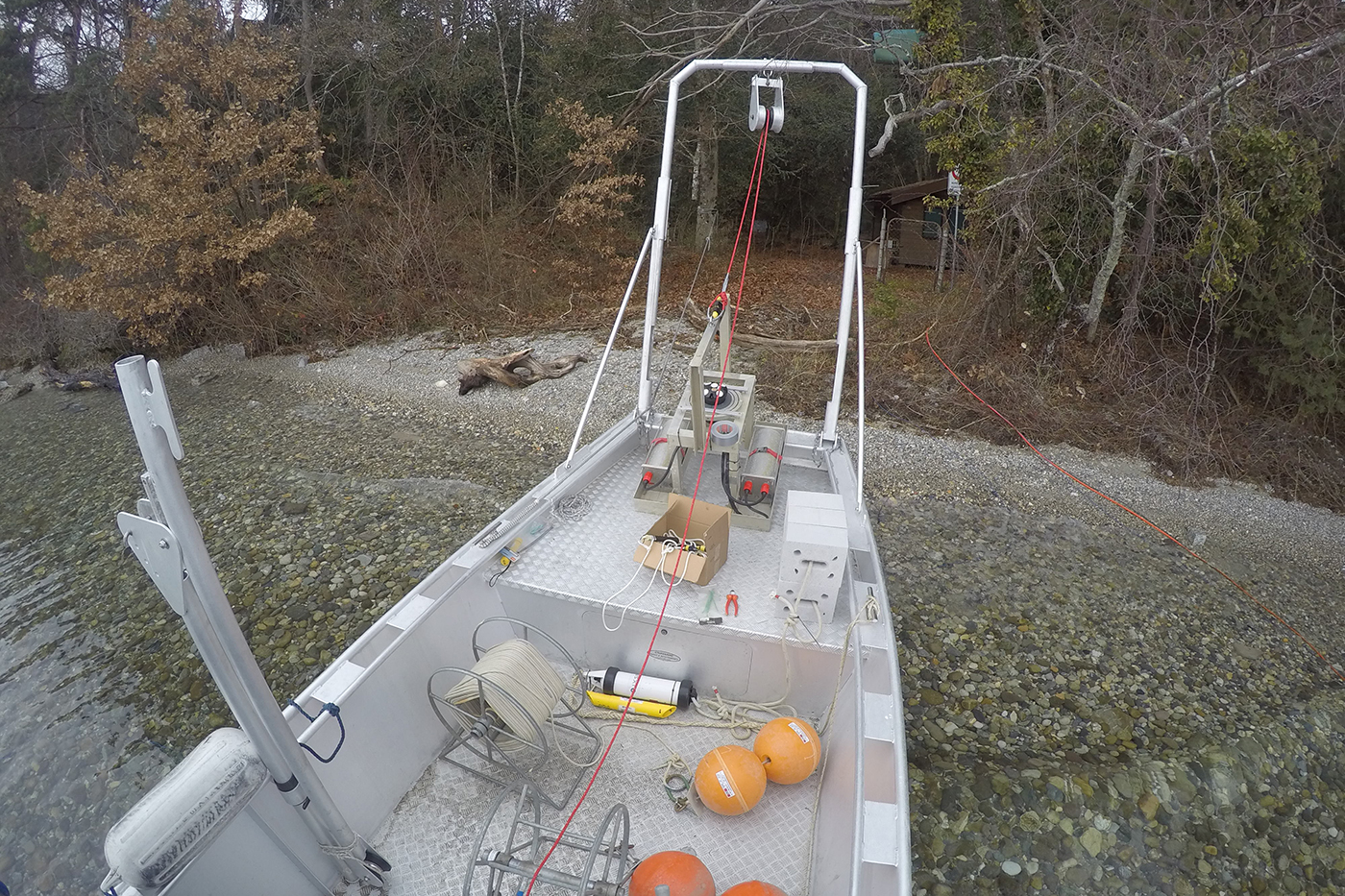 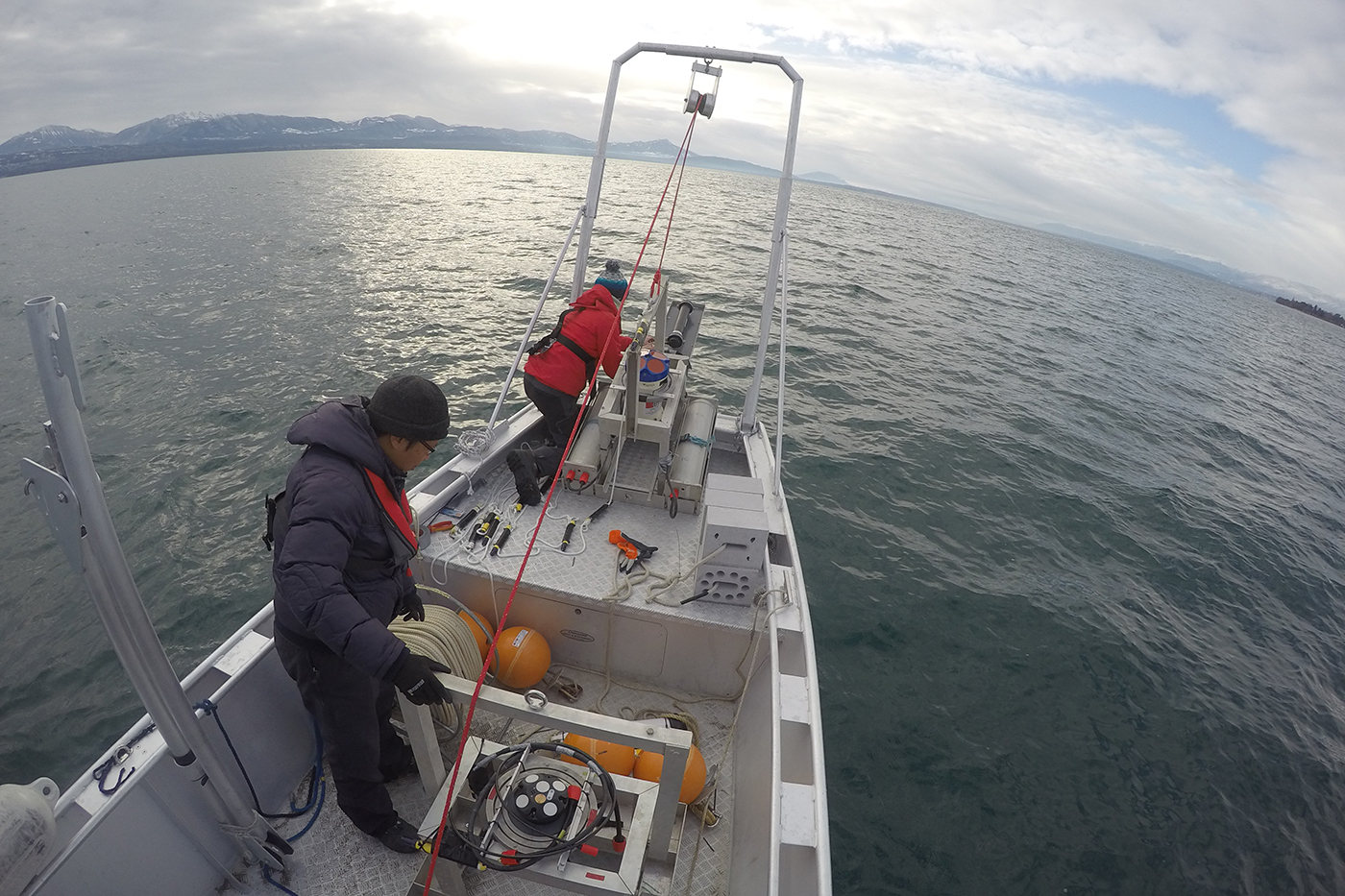 Water quality in lakes is closely linked to hydrodynamics and is often strongly affected by thermal stratification, which limits the vertical exchange between the upper (warmer, less dense) and lower (colder, denser) layers of the water column. Surface heat loss during autumn and winter cooling generates negatively buoyant water near the surface that sinks down, weakening the stable thermal structure of the water column. This so-called convective cooling is an important process in annual lake cycles and vital for their ecological functioning. In comparably shallow lakes and/or under strong cooling, the stratification is gradually eroded during autumn and winter cooling, resulting in a fully-mixed water column and hence a vertical redistribution of important water quality parameters such as dissolved oxygen (DO) and nutrients. In deep lakes, on the other hand, vertical convection often does not reach the deepest layers and a weak thermal stratification is maintained throughout the winter season. Driven by the temperature differences between the atmosphere and the lake surface, convective cooling is expected to become even less efficient in the future with potentially milder winters due to climate change, motivating good understanding of other mechanisms that contribute to vertical exchange and deepwater renewal, especially in deep lakes.

With a surface area of 580 km2, a total length of 73 km along its major axis, and a volume of about 89 km3, Lake Geneva is Western Europe’s largest lake. Due to its great depth of 309 m, Lake Geneva remains stratified in most years, with full-depth convective cooling only occurring during severely cold winters. Recent one-dimensional (1D) modeling studies suggest that convective cooling in Lake Geneva will further reduce in strength due to climate change, resulting in: (i) a prolonged stratified period, (ii) less frequent complete vertical overturning, and (iii) a reduced maximum mixing depth during winter.

In large, deep lakes, such as Lake Geneva, two processes originating in the coastal zone can significantly contribute to deepwater renewal during winter: density currents on the lateral slopes caused by differential cooling between the shallow nearshore zone and the deep off-shore region (see project “Effect of Nearshore Mixing on Formation of Nearshore Cold Water Density Currents“) and coastal upwelling of deepwater masses over the lateral slopes, which results from wind forcing and may be affected by the Coriolis force.

Bois Chamblard’s location on the shores of Lake Geneva, with its gently sloping nearshore bathymetry, offers an excellent opportunity for investigation of nearshore hydrodynamic phenomena, such as wind-induced coastal upwelling and cold water density currents due to cooling. To investigate the dynamics of these processes and assess how they can contribute to deepwater renewal, ECOL has set up a long-term in situ data gathering system, using fibre-optic cables and other equipment for temperature and current profile measurements. The field observations provide valuable insights and are used in different projects. Furthermore, the nearshore field observations taken at Bois Chamblard help to validate a three-dimensional (3D) numerical model, based on which the basin-wide dynamics of these processes can be investigated.

A PhD thesis has shown that Vent winds (from the southwest) during winter generate coastal upwelling along a large stretch of the northern, central shore of Lake Geneva (i.e., near Bois Chamblard). During such upwelling events, water masses from as deep as 200 m depth are transported into the shallow nearshore region, where they spend around 1 day, before returning to the deep layers after the wind has ceased. Once brought to the surface, upwelled water (low in DO) is subject to gas (notably oxygen) exchange with the atmosphere. Furthermore, due to the strong wind forcing and weak stratification during winter, vigorous turbulent mixing between the upwelled water and the DO-saturated near-surface water also occurs. Because Vent winds are the most important strong winds in the Lake Geneva region during winter, coastal upwelling produced by these winds can be a significant contributor to deepwater renewal in Lake Geneva. Since this wind-driven process is less susceptible to climate change and global warming than convective cooling, it will probably become even more important in the future. 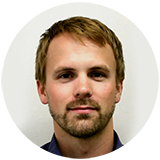